A boost to the die-casting industry

2.1 Speed ​​up and upgrade the application of aluminum alloy structural parts

The replacement of traditional fuel vehicles by new energy vehicles requires major technological breakthroughs, one of which is to increase the cruising range. At present, the key to breaking through this dilemma is to develop high-energy batteries or other new energy sources, and then to reduce the weight of vehicles. In the process of reducing the weight of traditional fuel vehicles, die casting has played an important role with a series of advantages such as clean forming, rib structure, high integration, easy handling and high efficiency, replacing many ferrous metal castings and expanding the use of die castings. Scope of application. Entering the stage of new energy vehicles, the requirements for lightweighting are more prominent and urgent. New energy vehicles have promoted the process of lightweighting and the application of die-casting structural parts. 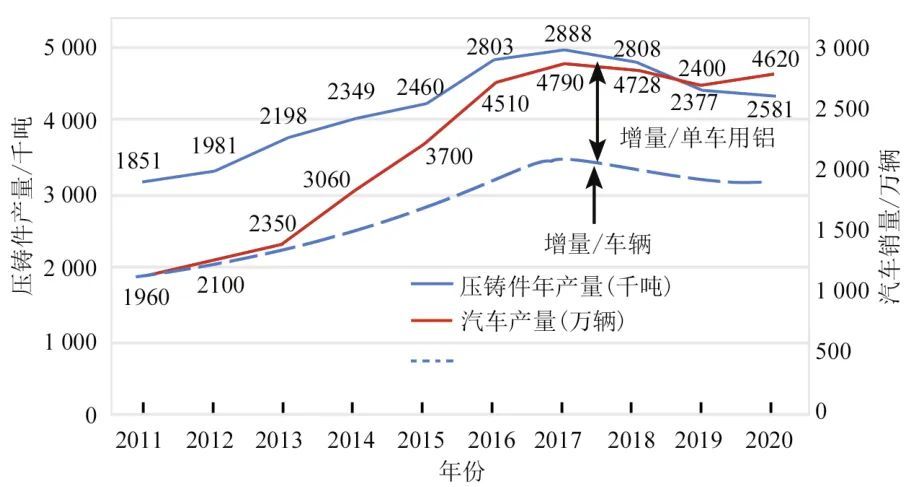 Figure 4 The trend of die casting production and automobile production

At present, the die-casting production technology of automobile structural parts has made great progress. After the initial batch production of structural parts such as A-pillars and shock towers, it has expanded to structural parts such as rear side beams and subframes that are difficult to process. The typical structure The parts are shown in Figure 5. Among them, the shock-absorbing tower was originally composed of 10 parts, but was integrated into one piece after being produced by the die-casting process. The rear longitudinal member was originally composed of 18 parts, which were integrated into one piece after die casting. The subframe die-casting process is very difficult. Most of them used low-pressure process or gravity process before. After changing to die-casting, the shape and size are accurate, the wall thickness is reduced, the weight is reduced, and the production efficiency is greatly improved. Castings such as suspension arms and rear longitudinal beams have relatively high performance requirements, and generally require heat treatment. At present, the die casting of structural parts basically adopts vacuum die casting to ensure the heat treatment and weldability of the castings. 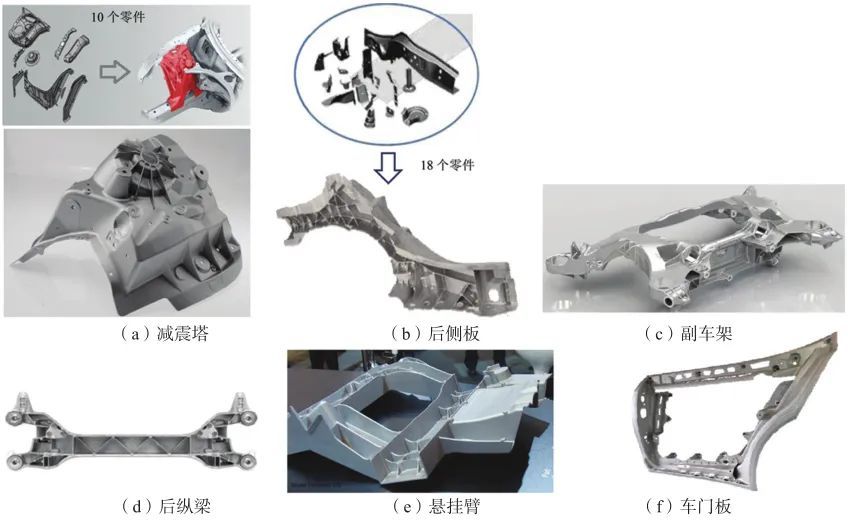 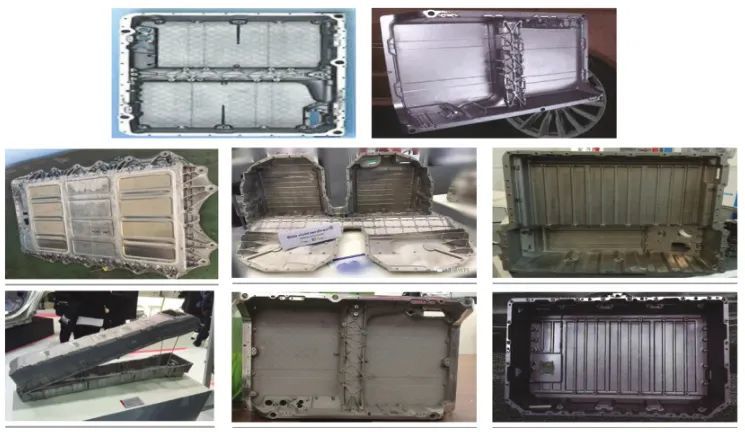 If a dual motor drive is used, the compensation for the amount of die castings is stronger.

Under the multiple pressures of weight reduction, efficiency improvement and cost reduction, in 2019, Tesla proposed the body integral casting method. The entire rear body of Model Y is produced by means of integral die-casting, which integrates more than 70 parts originally required by multiple processes into one, which reduces the procedures such as assembly and welding, reduces the weight by about 30%, and reduces the manufacturing cost by about 40%. Model Y's one-piece die-cast body weighs only 66 kg, which is 10-20 kg lighter than the same part of the smaller Model 3, see Figure 9. The CTC version of Tesla Model Y4680 will use 2-3 large die-casting parts to replace the entire lower body assembly consisting of 370 parts, the weight will be further reduced by 10%, and the subsequent mileage can be increased by 14%. At present, there are also die-casting manufacturers planning or implementing integrated die-casting car chassis or skateboard chassis, as shown in Figure 10 and Figure 11. If the integrated all-aluminum die-cast body is used, the weight will be 200~250 kg, while the weight of the steel body of the same level is 350~450 kg, which is about 150~200 kg lower.